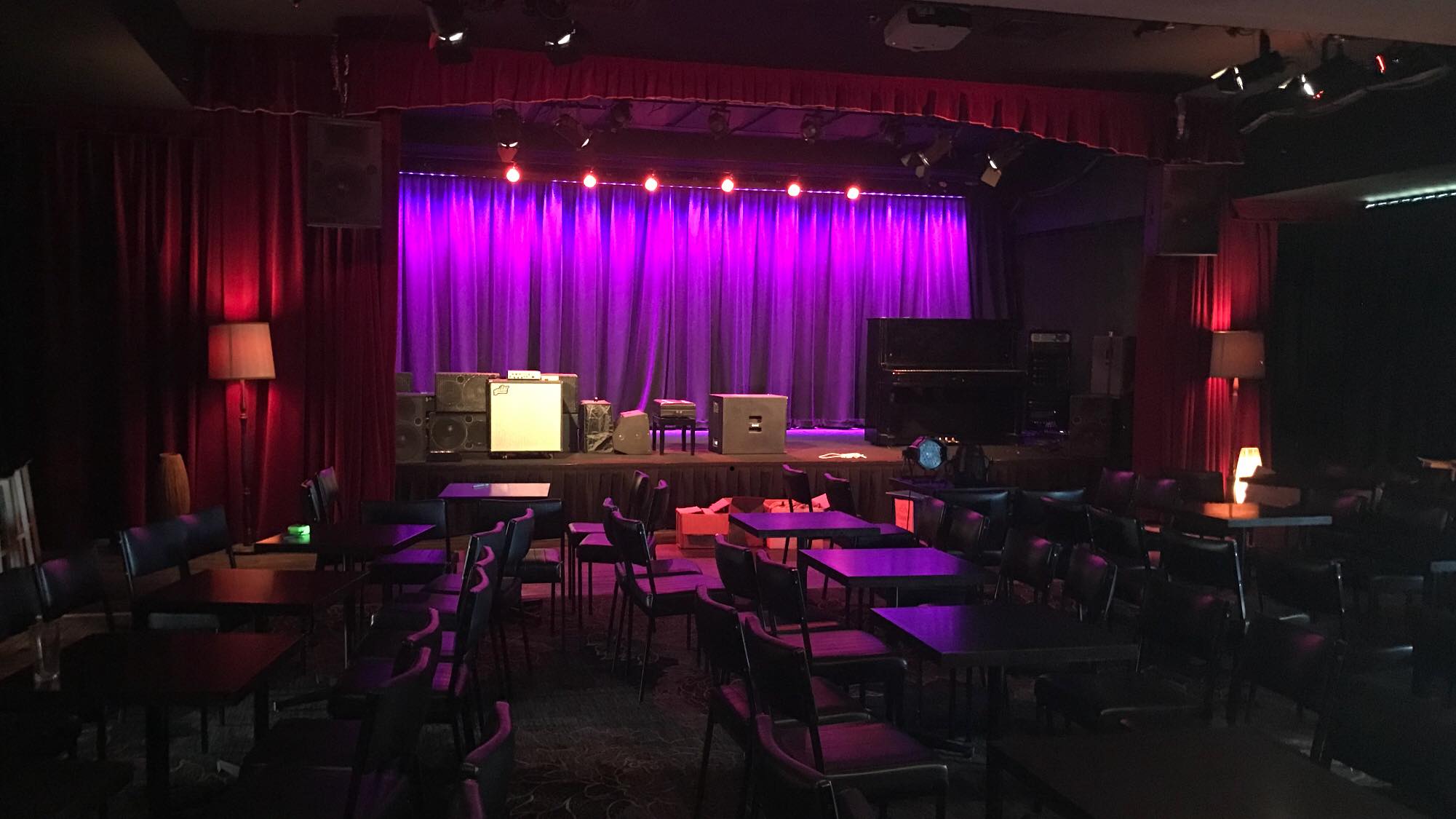 Its a time for celebration folks as we come to you via our brand spanking new newsletter format...hope youse all like it...Those of you who've visited the website in the last couple of days would have encountered a revamped graphic style there too. I guess we have been a little shy about changing things up..the old adage "if it ain't broke why fix it?" mindset.

We  hope you stick with us as we tippy toe nervously into the new technological frontier. Our young web guys assure us the new styling and structure will make buying a ticket so much easier for you and we do like to get people along to live music. The simplified mobile phone format will make it easier to purchase a ticket whilst standing on a wobbly peak hour express train..that is if you can remember your credit card details...or those of your partner like my partner Mary does!!

Anyway that's enough melodramatic waffle as we've got some cracking shows this weekend kicking off tonight with the fabulous award winning power trioOPELOUSAS featuring Kerri Simpson, Alison Ferrier & Anthony Shortte on drums, these guys have been blowing audiences away where ever they've played and it isn't too late to get yourself a ticket! Alison's husband JEFF LANG will be part of an incredible lineup of players which also includes SHANNON BOURNE, who will assemble on the Caravan stage on Saturday night to celebrate the 50th anniversary of FLEETWOOD MAC'S legendary record 'Then Play On' ...only a handful of tix left so ya better move fast...

It will be a change of pace but certainly not a drop in quality on Sunday when the acclaimed American folk musician JOHN McCUTCHEON makes his first visit to Caravan. As a multi instrumentalist, John has released 40 albums and been nominated several times for a Grammy award ...this will be a very special show and you can still secure a seat

...and down at the seaside satellite at ARCHIES CREEK HOTEL we have TRACY MCNEILL & DAN PARSONS on Saturday night and THE OPELOUSAS fronting up for a Sunday arvo encore. Plus on the AC new shows front we have RAISED BY EAGLES playing there on Sat April 25th and THREE KINGS on Sat April 18th.

Yes folks we really miss our fun variety show IN OAKLEIGH TONIGHT so we are starting up in April on Thurs 9th with another fun packed evening ...guests to be announced soon..get on board