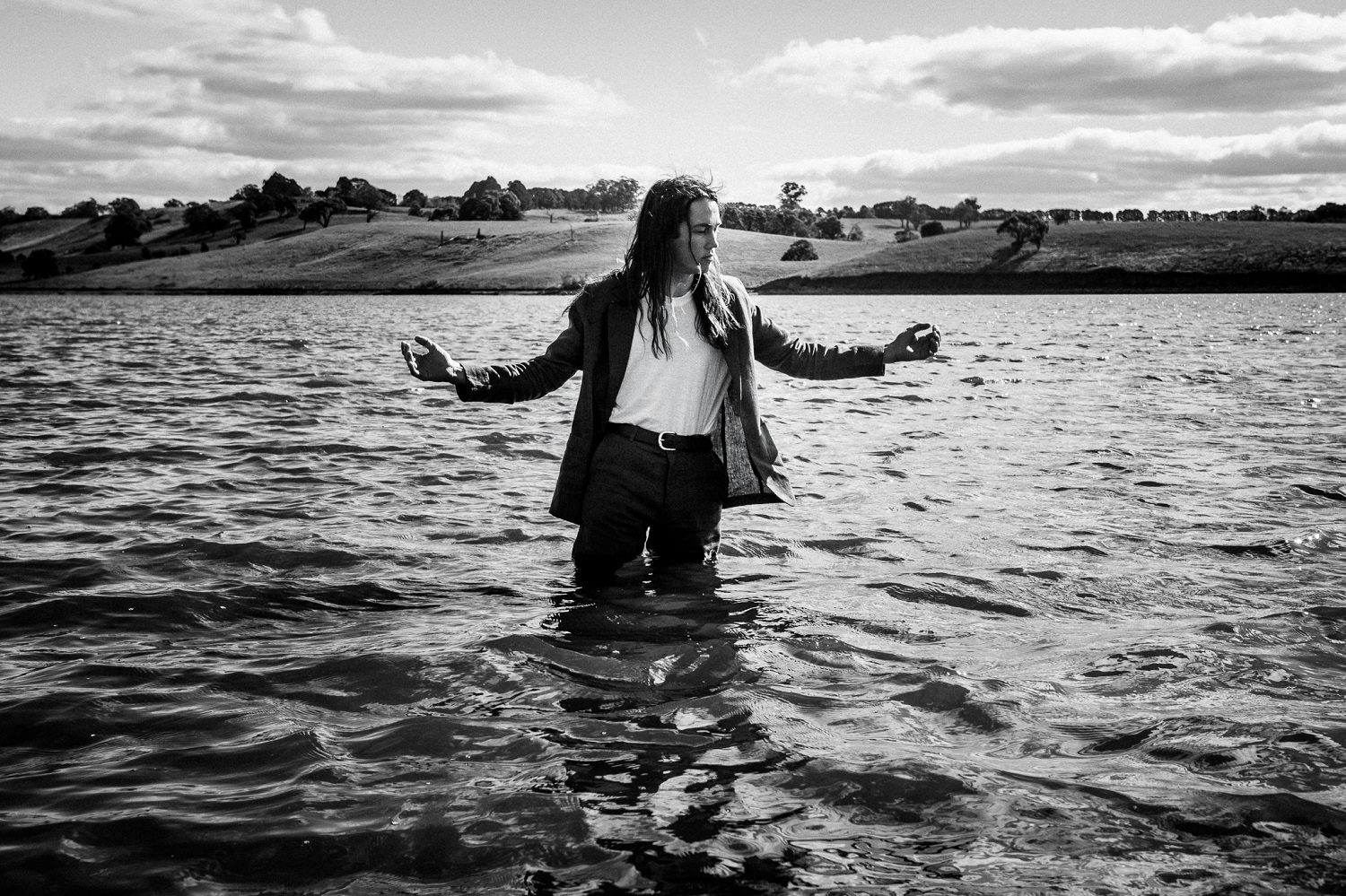 Didirri Peters grew up in the coastal Australian countryside, in the town of Warrnambool. He began writing songs as a challenge to himself to be honest. His candid storytelling comes from wanting to face the truth, however beautiful or confronting. His poetic lyricism began as a private conversation, that now brings hope to his listeners.

Live, the experience is electric. Confidence without ego, whether together in silence, erupting in singalong or feeling the joy of a moment, although personal, it's always a shared moment. Didirri sings with both conviction and vulnerability and together strangers are connected to think and feel, be open to good, the fun, a surprise, the grey, raw or dark, always gently inspiring hope against all of life's intricacies.

Didirri is the son of a painter and childrens singer/songwriter. He first went on the road quite young, as a circus performer. As a teenager, he learned to play music on the piano and later when he completed high school he began a Bachelor of Music, where he picked up the guitar in earnest. It was at a time of his life where he was learning that letting people in is important, he began writing and soon after, busking on the streets of Melbourne. On this he says, “The guitar felt more honest to me. I had been playing the piano for too long and I couldn't see past the chords.”

In the midst of his studies, he got his first and only day job packing boxes. In his first week, he accidentally mailed an important box to the wrong address and was fired the weekend before his first national tour. He released his first two songs, and that’s when the world started to listen.

Taking his writing cues from family, philosophers, comedians, friends and lovers, Didirri reveals himself using words and music with unparalleled openness. He compares his songwriting to writing a personal self-help book, littered with advice and observations to avoid repeating mistakes.

On his debut EP, Measurements, he explains, “Each song I write tackles a different part of my own morality. I was pondering metaphorically what my scribblings were and came to the conclusion that they are my ‘measuring tape’ to hold up to the world. The yardstick to check myself with.” Moving between subdued piano ballads to more impassioned guitar-driven songs, all of it is encased in a boundless kind of beauty. The result is undeniable.

Measurements has collected over 30million streams, and led to Didirri playing such renowned festivals as the UK’s The Great Escape and Latitude Festival, Australia’s Splendour In The Grass and Barcelona’s Primavera Sound. In a matter of months, he toured the US and UK twice and shared the stage with well-known acts Vance Joy, Hozier, Tash Sultana, The Temper Trap and more.

As with any life-changing moment, whether it’s being fired or having your hopes realised, comes a residual wave of reflection — when art becomes labour, who or what is the art being made for? It’s a question Didirri asked himself after coming off a European tour, and one that especially hit during his first visit to Los Angeles, where he drew inspiration for new single, “Blue Mood Rising.”