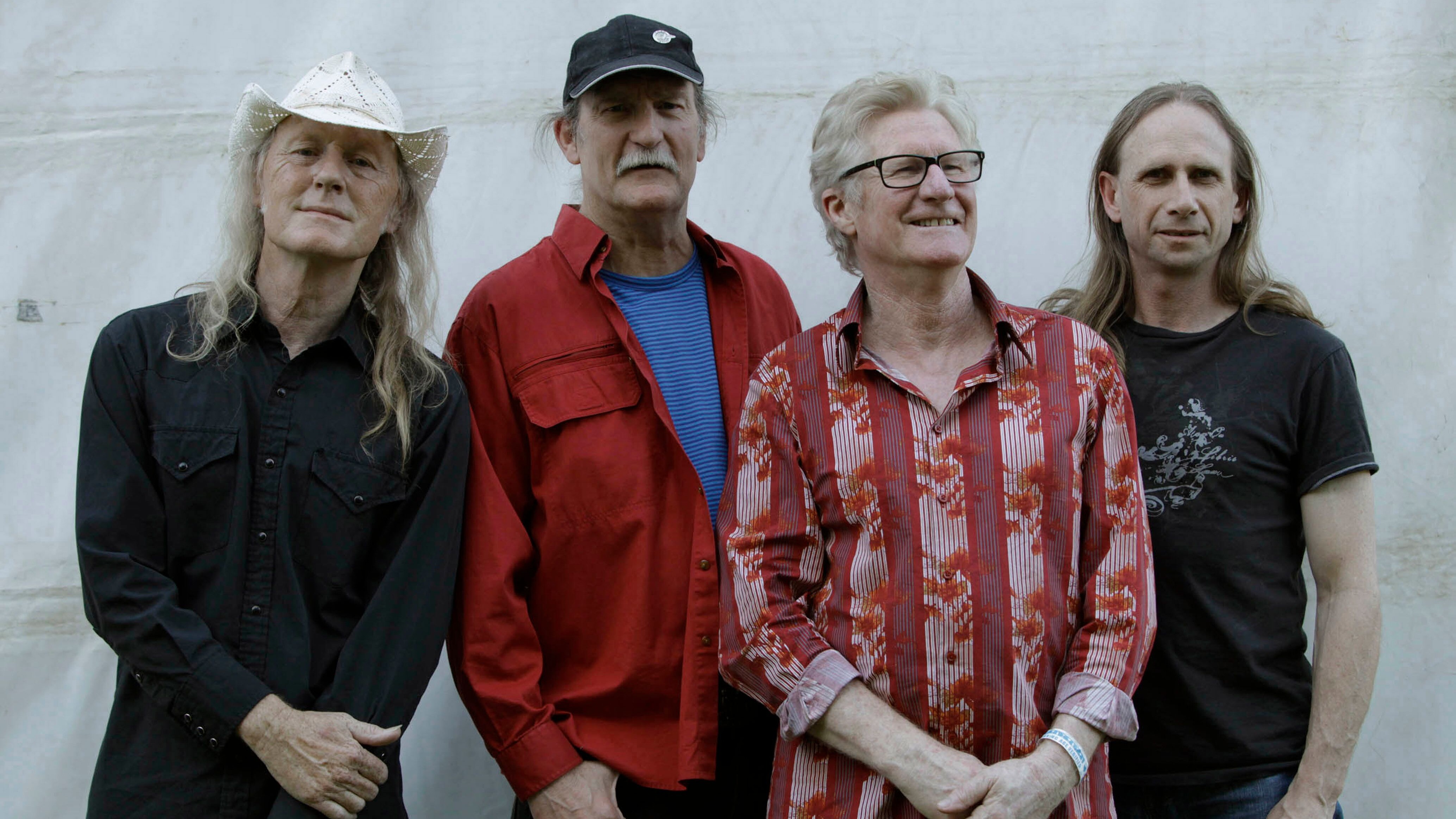 CHAIN - Australian Blues History - The originators of ‘Oz Blues’, Chain, have reached another milestone as they are about to enter their 52nd year since first forming in 1968.

As the only blues band to have a number one on Australian charts (Black’n’Blue) as well as a number two (Judgement), they
also have the distinction of having possibly the longest permanently released album in Australian rock history.

Although 'I Remember When I Was Young' was a Matt Taylor single it was Chain who played on it. This also went to number one on the charts.

With ‘Chain Awards’ honouring their achievements at the Australian Blues Festival (Goulburn) & as the first act listed in the
new blues section of Screensound (National Archives) the accolades still continue.

Singer/harmonica player Matt Taylor and founder member/guitarist Phil Manning each have highly successful careers as solo
performers, and are regarded as among the finest exponents of their respective instruments this country has produced. Along with longtime bassist Dirk Dubois and new drummer Trevor 'Trapper' Draper the band is in great form powering
through a wealth of material drawn from their long history.

Chain’s new material retains the earthiness of the 70’s while including the insights and musicality expected from a lifetime of experience in the blues genre. These songs feature on their latest album titled ‘Sweet Honey’, and continue the tradition of ‘Oz-Blues’.

Chain live is a great entertainment experience, and with four decades of albums & performances under their belt, it doesn’t get any better than this!

Chain will perform at the Caravan Club on Friday, February 28th 2014. As last year's show was sold out, booking early is recommended!

"Chain's influence on Australian music has been enormous.
They are renowned for their onstage chemistry and for being unafraid to admit their Australianness."