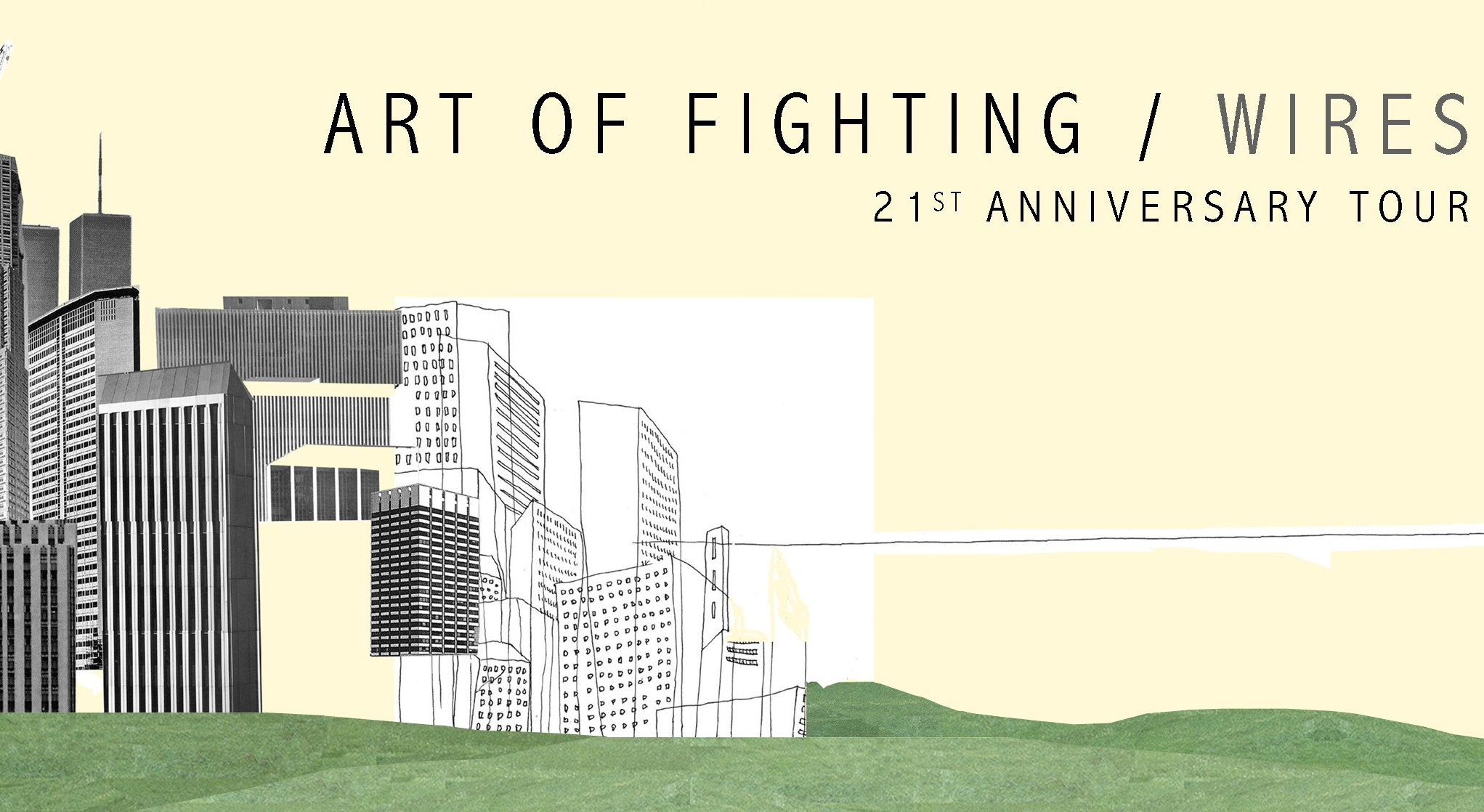 The album begins with the plaintive quiet of ‘Skeletons’: ‘There’s so little left of you/That how can I refuse/To be your skeleton/Is all that I can do.’ From there, the band charts a captivating journey from start to finish. Singles ‘Give Me Tonight’, ‘Reasons Are All I Have Left’ and ‘Skeletons’ became quick fan and media favourites alike, as did the soaring live songs “Just Say I’m Right’ and “Something New’. It picked up a surprise ARIA award for Best Alternative Release In 2001, and 20 years later Rolling Stone Australia listed ‘Wires’ as the 159th best Australian album of all time. For its 21st birthday, Art of Fighting is thrilled to be able to bring ‘Wires’ back to stages across Australia once more, playing the record in full, in all its grandeur and melancholy. And for the first time ever ‘Wires’ will be released on vinyl as a double album with the original digi-pack artwork being replicated in all of its gatefold glory.

Available for order from https://hobbledehoyrecords.com/

‘This band are beautifully amazing and if you haven’t seen them, you should’ - Drum Media