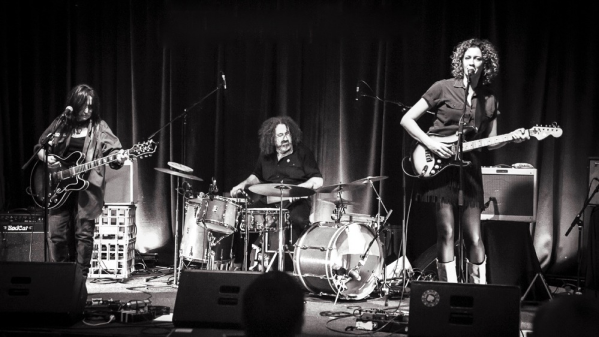 Still basking in the glow of receiving Best Blues Album of 2019 at the Music Victoria Awards for their debut album Opelousified, Opelousas release their single Third Jinx Blues at the Caravan Music Club with special guest to be announced.

Kerri Simpson and Alison Ferrier handle guitar and vocal duties in the band, and their powerful combination combined with the expertise from Anthony Shortte behind the drum kit make Opelousas a must for fans of all things blues related.

The trio have had a whirlwind year with festivals, shows, film clips, and the hugely successful release of their debut album.

Don’t miss the menacing, swampy rhythms of Opelousas as they launch the first single from their much anticipated second album.