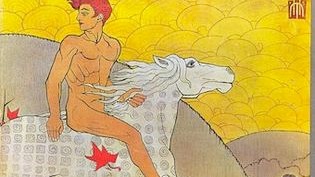 At the close of the 1960s Peter Green and Fleetwood Mac released what would be the last record from the mainstays of the original line-up of Green, John McVie and Mick Fleetwood that had evolved from John Mayall’s Bluesbreakers. “Then Play On” contained some of the finest playing and song writing from the band and from Peter himself and is now considered one of the finest blues albums to come out of the sixties or any other era for that matter.

Fifty years later the Caravan Club has brought together an all-star line-up of local musicians, including celebrated blues guitarists Jeff Lang and Shannon Bourne, to perform “Then Play On” in its entirety for one special night only.

As well as performing the album in full which features tracks such as “Oh Well” and “Rattlesnake Shake” the band will play selected classic Fleetwood Mac songs from the era including “Black Magic Woman”, “Albatross”, “The Green Manalishi” and “Man Of The World”

“Then Play On” was the third studio album recorded by Fleetwood Mac and was originally released on 19 September 1969. It was the first of their original albums to feature Danny Kirwan and the last with Peter Green and Jeremy Spencer. Green’s final outing with the band saw the guitarist/singer at his creative peak and is not only the highlight of the Green-led era of the band but also one of the best albums the band would ever release, standing alongside the classic, but musically very different, Rumours, as one the band’s finest achievements.

Literally every song is compelling on some way, and that puts this record in some very limited company. It’s just what you want out of band like this – songs that successfully take their home genre a step further while retaining the qualities that made you love the music in the first place. In this case, Fleetwood Mac took the blues to a whole new place, but they managed to stay waist deep in the swamp.

The painting used for the cover of the album is "Domesticated Mural Painting", by the English artist Maxwell Armfield. The title is taken from the opening line of William Shakespeare’s play “Twelfth Night”— "If music be the food of love, then play on".

Fleetwood Mac were quite simply the purest and probably the best British blues band produced by the same scene that gave us Cream and Ten Years After and “Then Play On” deserves to be regarded as one of the classic albums from the British blues movement of the late 60’s and should also be hailed as Peter Green’s crowning achievement, a testament to the talents of a truly gifted musician.