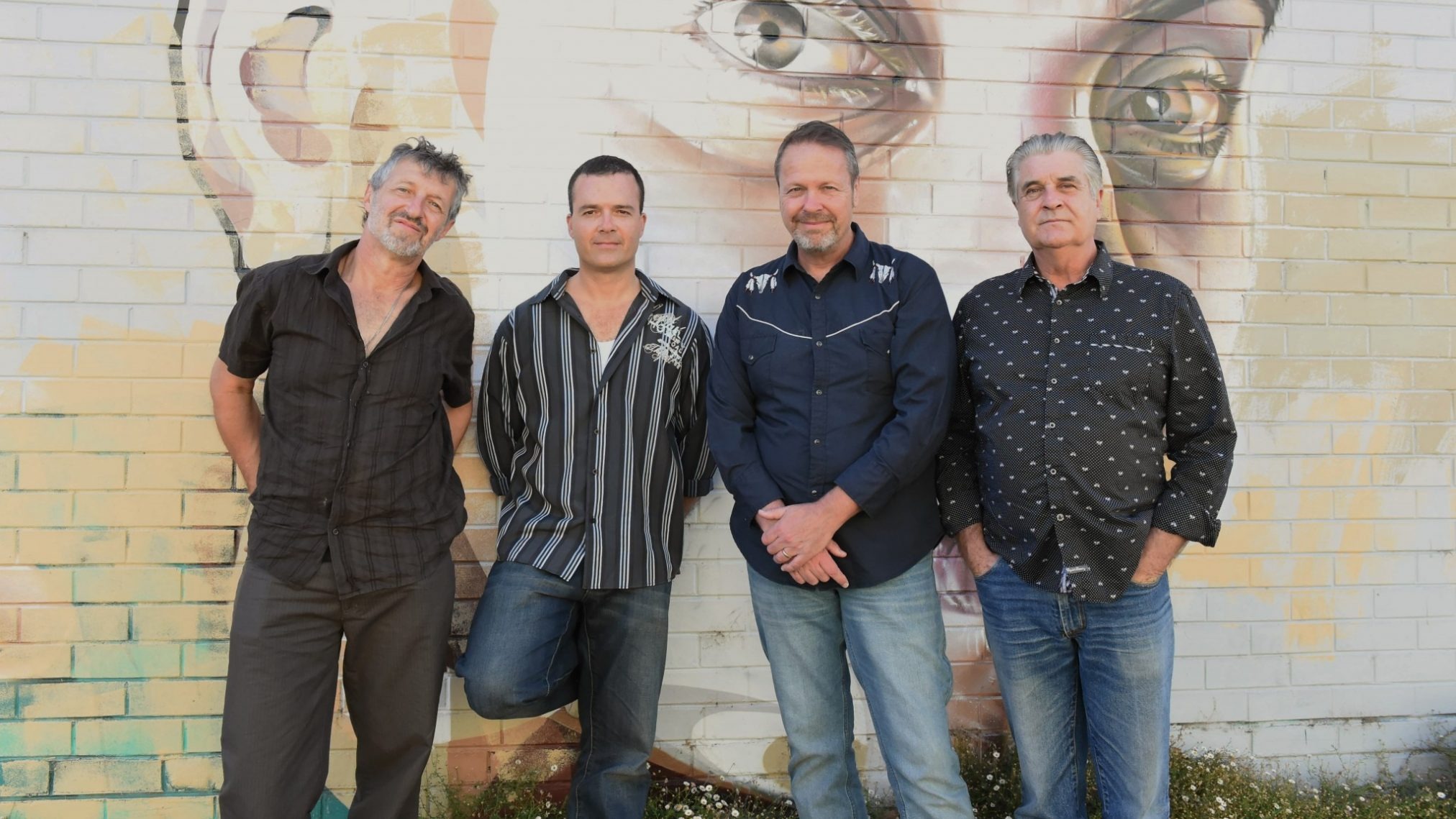 This award-winning quartet has well and truly established themselves into Australia’s musical heart since forming in 1989. Rarely has an Australian band received as much consistent and widespread acclaim from critics and music fans alike as the Bondi Cigars. With half a dozen albums under their belt already, and over a dozen years of constant touring, this award winning quartet have well and truly worked their way into Australia’s musical heart.

The Bondi’s have consistently delivered the goods; with Down In The Valley nominated
in the 2003 ARIA awards for Best Blues & Roots Album, 1995’s After Closing Time awarded Best Blues Album at the 1996 Lithgow Blues Festival, and two of their songs, Lead Me Not Into Temptation and Intensive Care, chosen to feature on the popular ABC Seachange album.

In 2015, the band released their 10th album, “Child in the Desert” and it has been well received by fans and critics.

The band has been invited to perform at festivals such as The Melbourne International Music & Blues Festival, Great Southern Blues & Rockabilly Festival, Moomba Festival, Queenscliff
Festival, The Byron Bay East Coast Festival and The Kangaroo Point Festival.
The band are also regular guests at leading Australian venues such as The Governor
Hindmarsh in Adelaide, The Basement in Sydney, The Healer in Brisbane, The Charles Hotel in Perth and The Corner Hotel in Melbourne.

With their fantastic mix of blues, soul, funk and R & B, they have maintained their status as one of this country’s most in-demand touring acts, with shows numbering over a hundred and fifty each year. Over a decade later, many original fans are still supporting the band.

The Bondi Cigars have also built a solid reputation as one of the best live acts in the country.

Shane Pacey (vocals and guitar) the principle songwriter and vocalist, came to the Cigars after playing with bands such as Sydney’s Earls Of Duke. His songwriting and dynamic vocals, teamed with the fluid rhythms of Alan, have largely defined the sound and direction of The Bondi Cigars.

Alan Britton (bass and vocals) brings to the band his many years experience playing with some of this country’s foremost roots outfits including the Mangrove Boogie Kings, the legendary Dynamic Hepnotics and the Foreday Riders. His instinctive feel for a groove and ability to ride the rhythm lay the base for those great Bondi tunes.

Eben Hale (guitar and vocals) was a driving force behind the successful Blue Mountain Blues Club, playing in the house band at the Club’s meetings as well as taking a behind-the-scenes role booking acts and ensuring their events ran smoothly. Eben’s burgeoning songwriting talents and effusive guitar lines add an extra dimension to the already vibrant sound of the Bondi Cigars.

Frank Corby (drums) From Boston, Massachusetts, USA, now a resident in Australia who cut his teeth in various Drum Corp, Swing and Funk bands before playing in various original rock, R&B and funk bands touring all over the USA. Since arriving in Australia he has lent his awesome skills to acts such as Gangajang, Floyd Vincent and the Childbrides, Guy LeClaire and Latin big band Babalu. He was the resident drummer with the Blue Mountains
blues jam band where he played regularly with soon-to-be Cigar, Eben Hale.