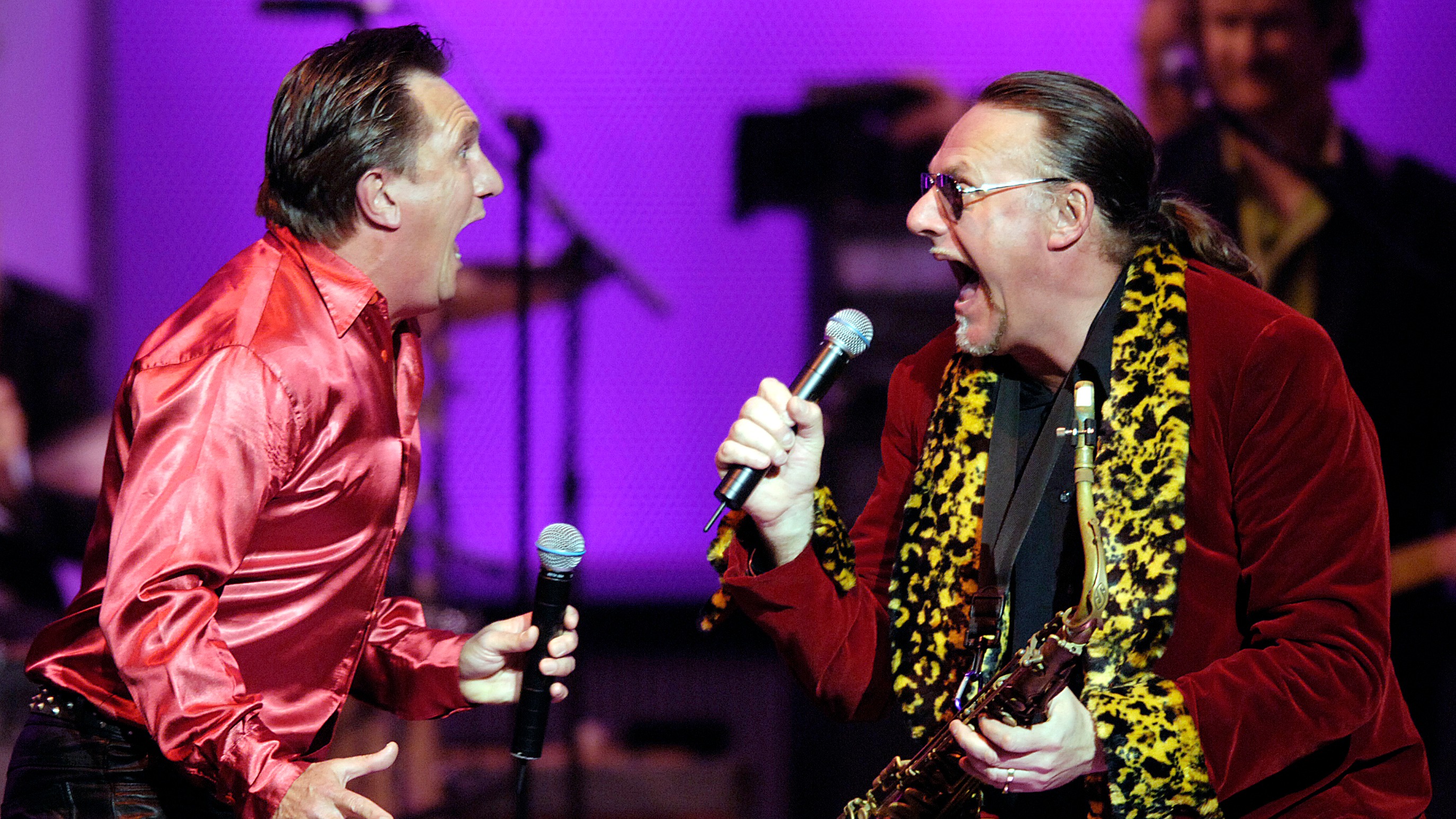 Take two legends of Australian Rock and Roll who also just happen to be legends of television shows like IN MELBOURNE TONIGHT and HEY HEY IT’S SATURDAY, put them on stage with a hot band, and you have the recipe for superb, crowd pleasing entertainment.

Doing what they do best, Frankie and Wilbur will have you dancing and singing along to the hit songs of OL’55, the multi-platinum band that launched them onto Australian show business and into the hearts of Australian audiences and a whole lot more knocked out 1950’s nifties.

Songs like LOOKING FOR AN ECHO, DIANA, EAGLE ROCK, THE WANDERER, GET A JOB, THIS LITTLE GIRL, TWISTIN' THE NIGHT AWAY and much more great Rock and Roll, presented in an energetic and hugely entertaining stage show that can best be described as “controlled mayhem”.

Frankie and Wilbur have enjoyed careers that have traversed the entire spectrum of show business- film, television, stage, theatre and radio, but where it all began was live on stage playing great rock and roll.

45 years down the road, they’re getting good at this stuff!